How many hours a day do you use your iPhone? Two? Three? Ten!? While researching, I found that there are iPhone users who claim to use their phone for as many as 16 hours a day! Maybe you're an Android user and you're smugly thinking to yourself, "I don't have an iPhone, so my answer is 0 hours". This article probably won't be that useful for you...

The point is, most of us iPhone users spend a lot of time on our phones. So of course, it's important to make sure that we're using these devices that we interact with so much as effectively as possibly. It's just way more satisfying to get a task done in a few taps instead of scrolling and going into Apps and searching. Today we're going to break down how setting up your Control Center can do just that.

The Control Center isn't a new feature by any means. We've seen it around since iOS 7, so it's fairly safe to say that most iPhone users have at least made contact with it before. Furthermore, as of the release of iOS14, the Control Center got a few new Controls such as Shazam and sound recognition. Both are really useful tools to be able to easily access.

With these handy Controls as well as the many pre-existing ones, we would argue that the Control Center has developed into an important tool for any iPhone user. In fact, not using your Control Center when interacting with your phone could be compromising your time and energy.

So first, let's highlight: why should you be accessing your Control Center more?

While most of us likely do access our Control Center from time to time, there are many interesting Control Center features that aren't so intuitive. Since the Control Center's development process has been gradual, if you never acquired the habit of fully utilizing your Control Center in the first place, you may have missed out on useful additions that have been released over the years. That's why decided to focus this article on the kinds of Controls that are available and how you can use each Control effectively.

Read on to see what exciting features and shortcuts you might be missing out on! 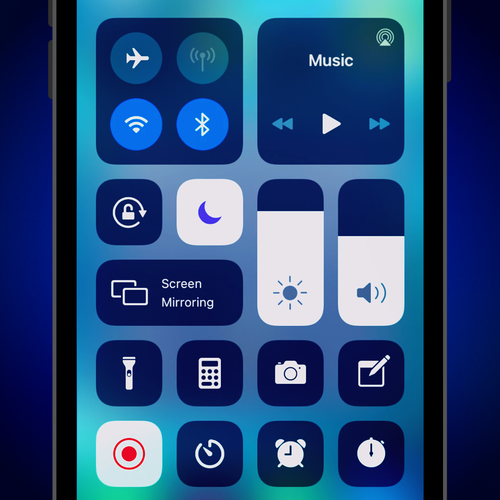 First things first, let's address where exactly you can find your Control Center. There are several ways you can access it. 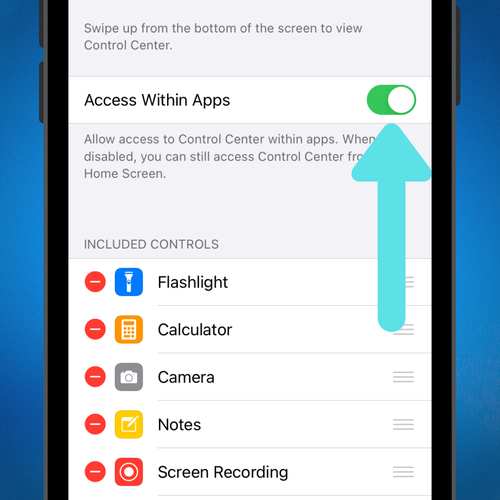 What's great about the Control Center is that you can choose what Controls are displayed and even the order in which they're displayed.

Think of your Control Center as a TV remote control; when you want to access the menu button, isn't it annoying to spend a whole 30 seconds just locating that one button among a jumble of buttons you don't ever touch? Getting rid of unused Controls is like getting rid of all those unnecessary buttons on your remote! And choosing the ordering of Controls lets you make important features even more accessible.

Now, let's get started on designing your Control Center. To do so, go to Settings on your Phone.

Scroll down until you see 'Control Center' located under 'General'. Tap it. 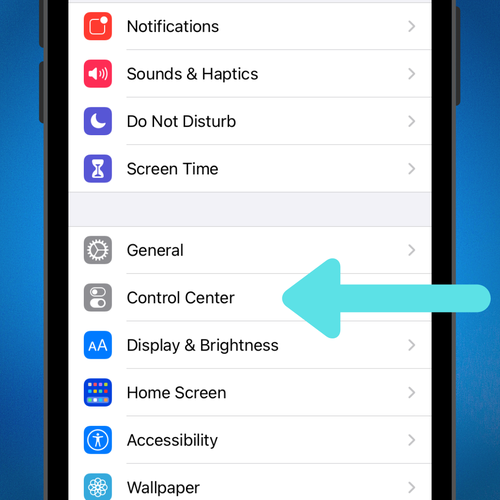 Remove any unneeded Controls by tapping the red minus sign to the left of any Control. 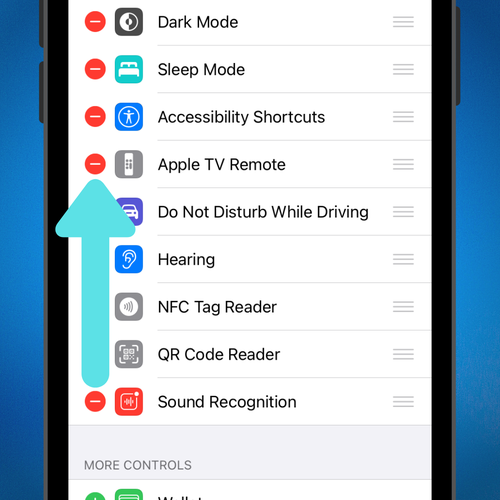 Rearrange Controls by holding down on the three horizontal lines to the right of any Control. Drag the Control up or down in the list to your desired location. 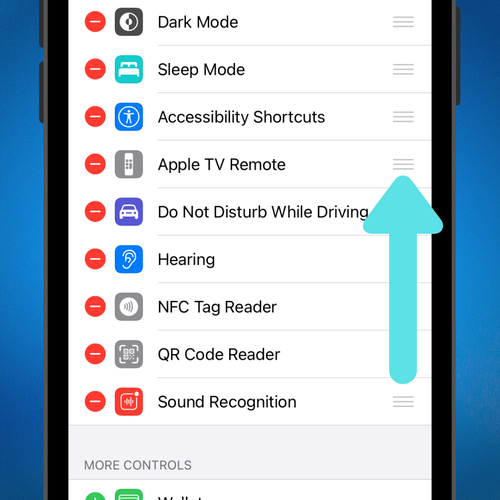 At any point, you can pull up the Control Center to see if you're liking the way it looks. We discussed how to do this in the section above titled 'Accessing Your Control Center'.

To add Controls, scroll to the bottom of the Control Center settings. You'll see a section titled 'More Controls' These are Controls that are not currently included in your Control Center.

Add any of these Controls by tapping the green plus sign to the left of any Control. If you're not sure what a Control does, check out the next section titled 'Using Your Control Center'. 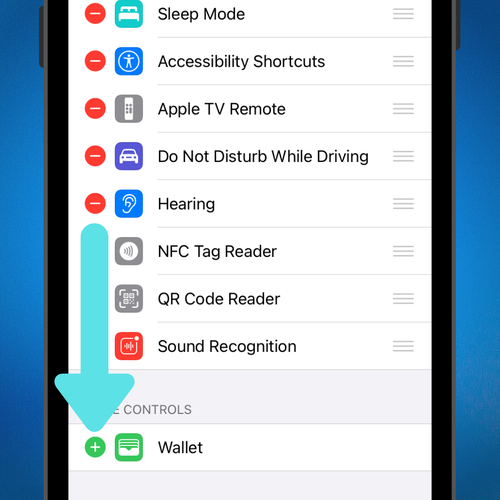 To best use your Control Center, you can take some time to decide which Controls are most useful to you. This may not be as obvious as going through the list of Controls; some Controls are just "switches" that allow you to turn on/off a phone setting such as Airplane Mode or Sleep Mode. Others give you even more options if you hold down on them.

We typed up a quick guide on basic Controls that your phone comes with (as of iOS 14) so you can get an idea of some of the useful things you can do using Controls. Reading through these may reveal some simple options that you've been missing out on! 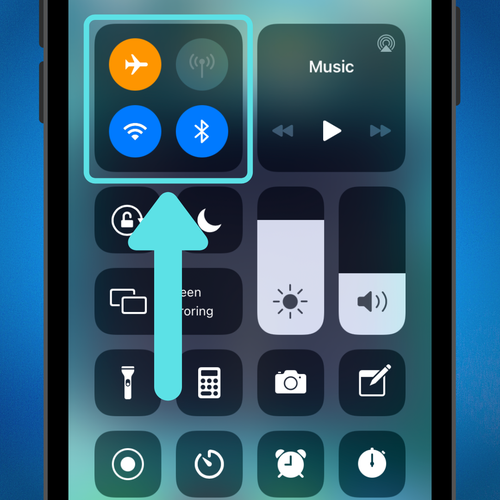 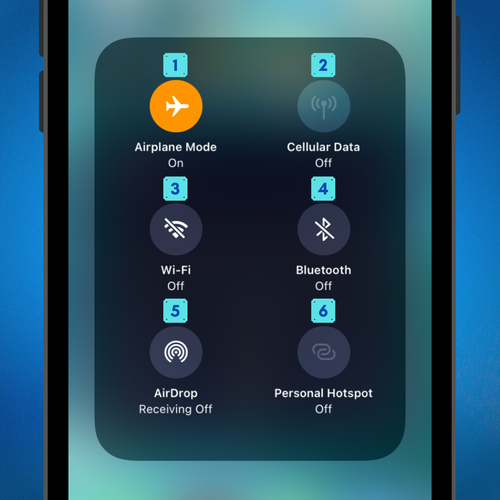 Next, let's go through some Controls that every Control Center has (as of iOS 14); these Controls cannot be removed. 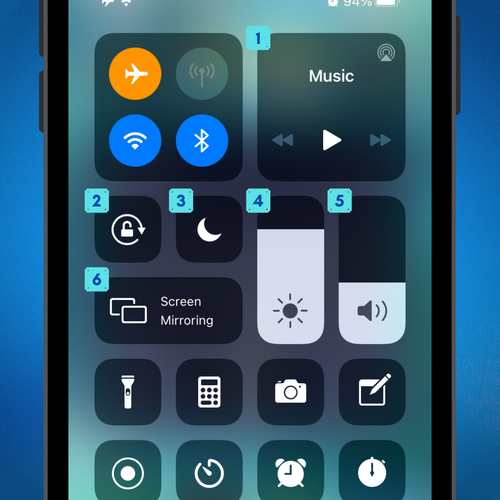 Now let's get into the Controls that can be added or removed from your Control Center Settings (check out the section titled 'Designing Your Control Center' to see how to do this). Understanding what these Controls do can help you get rid of Controls you don't see yourself using. 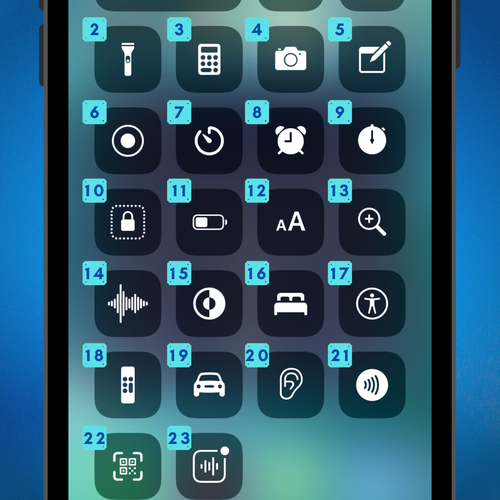 There are more Controls available, such as Music Recognition if you have Shazam downloaded, however this guide covers a majority of the Controls offered.

The Control Center is continuously receiving upgrades and new Control options to make iPhone usage even more efficient. With new software updates, keep an eye out for developments to the Control Center that are meaningful to you.

We hope that you enjoyed today's Control Center tour! Leave us a comment on our YouTube Video letting us know which Control you liked learning about.

We'd love to publish more articles like these and knowing what you like to see will help us research and choose the most beneficial information to share.